CERAMICS AT THE CORE OF SNECMA'S ELECTRICAL PROPULSION TECHNOLOGY

The CTTC participates in the development of the new plasma propulsion engines of Snecma (SAFRAN Group), which enable the transfer and orbit retention of telecommunications satellites.

The PPS1350 and PPS5000 engines use Hall propulsion technology: a gas (xenon) is ionized within a confined discharge into a ceramic annular channel and then the ions created are accelerated in an electric field and ejected at speeds of around 20-30 km / s, which generates the propulsive effect. To ensure electrical neutrality, the positive ion beam is neutralised by electrons emitted by the cathode. This technology allows significant weight savings over conventional chemical propulsion and increases the payload of the satellite. 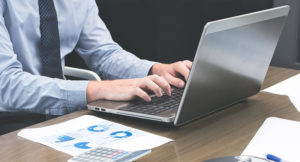